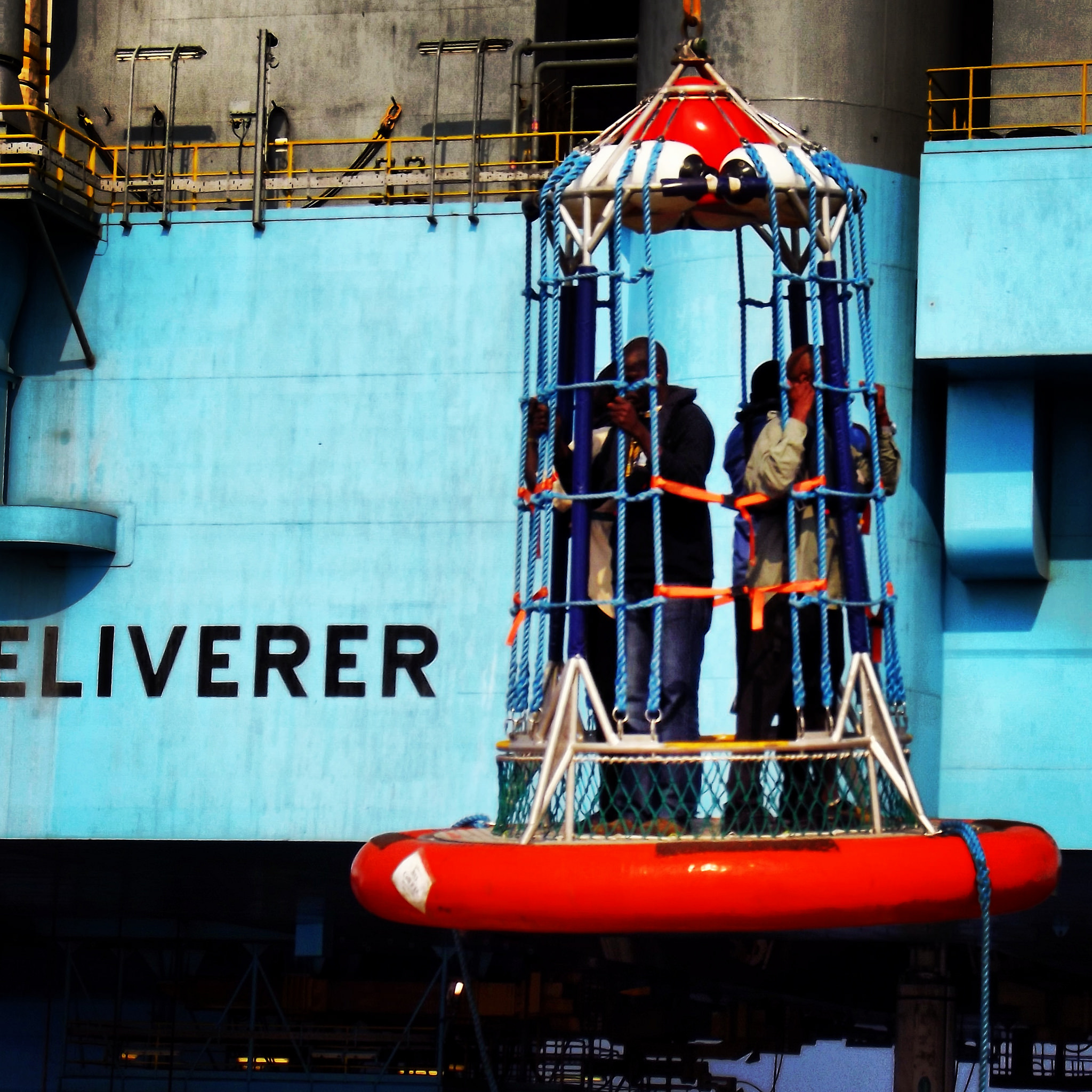 I worked for Maersk Drilling on the rig Maersk Deliverer in Angola 2013-5.

On an offshore rig the position is called a medic. According to local regulations as well as company preferences the medic can be a nurse, a paramedic or a doctor. Most are, in fact, not doctors.

The working schedule: Varies from rig to rig. I worked a schedule of 4 weeks on-4 weeks off..

The work: Again, varies according to the company. Generally speaking the tasks may be divided into medical duties and non-medical duties. Depending on local as well as maritime regulations you may or may not be the only medic onboard. Some countries require local medics to be present onboard. I was alone onboard.
I have described a typical working day on the Maersk Deliverer in another post.

Patient consultations: The majority of patients seen in the sick bay have minor illnesses such as common cold or musculoskeletal complaints. Dental complaints are also common. Furthermore malaria was not uncommon among the Angolan employees in high season.
On the Maersk Deliverer, the sick bay is well equipped, however any patient with serious illness would be evacuate onshore. I never had any emergency evacuations, however occasionally a crew member had to be sent off the rig for treatment, the main reason being dental problems and non-work related musculo-skeletal problems.
Day to day running of the sick bay: Ordering medicines and necessary equipment, maintaining logbooks, checking equipment.
Health promotion and hygiene: Adhering to basic principles of hygiene is extremely important when so many people live together in a confined environment. The role of the medic in this context may be to give lectures, put up posters etc. Promoting a healthy lifestyle is another potential focus area for an offshore medic.

A medical support system, where advice may be provided upon request will always be in place. In my case Radio Medical Denmark. Furthermore, Chevron has a clinic in Cabinda.

Occupational health is a major priority in the industry and offshore safety is major concern in the industry and an important parameter on which company performances are measured. One safety parameter is the number of work-related injuries.  For these purposes there is sharp administrative division between work-related and not-work related illness and as an offshore rig medic you will be involved in discussing and preventing work-related injuries with colleagues onboard.

Additional tasks vary greatly from company to company and may include various tasks related to safety and training issues.
On larger rigs, such as Maersk Deliverer, a safety officer is responsible for all issues related to safety (inductions, meetings, reporting, inspections, prevention, work-place evaluations, etc). Larger rigs may also employ an RSTC (Rig Safety and Training Coordinator) to assist in all safety and training-related issues. On smaller rigs, several of the above job functions may be performed by the rig medic.

This is what a typical day working offshore would look like.

Specific offshore requirements for a medic: Required certificates vary according to the rig location and the drilling contractor. In my case: OPITO (BOSIET) (offshore safety course) including HUET, OGUK and a DMA Medical Examination.

Offshore vocabulary:  Be prepared to learn a complete new terminology and an astonishingly high number of abbreviations.

a day in the life of an offshore medic

Doctor in Qaanaaq: 24 hours on call

2 thoughts on “Offshore rig medic: The basic things to know”

Christmas day in the forest surrounding my brother

The metro in Tehran. Plenty of businesswomen selli

Turbah (the dried clay) is specific for shia musli

Probably one of the most impressive squares in the

On the way from Shiraz to Yazd passing Persepolis,

Still walking around Shiraz, mainly around the baz

First day in Iran: Arriving in Shiraz and walking

Better late that never: I quit (until next summer)