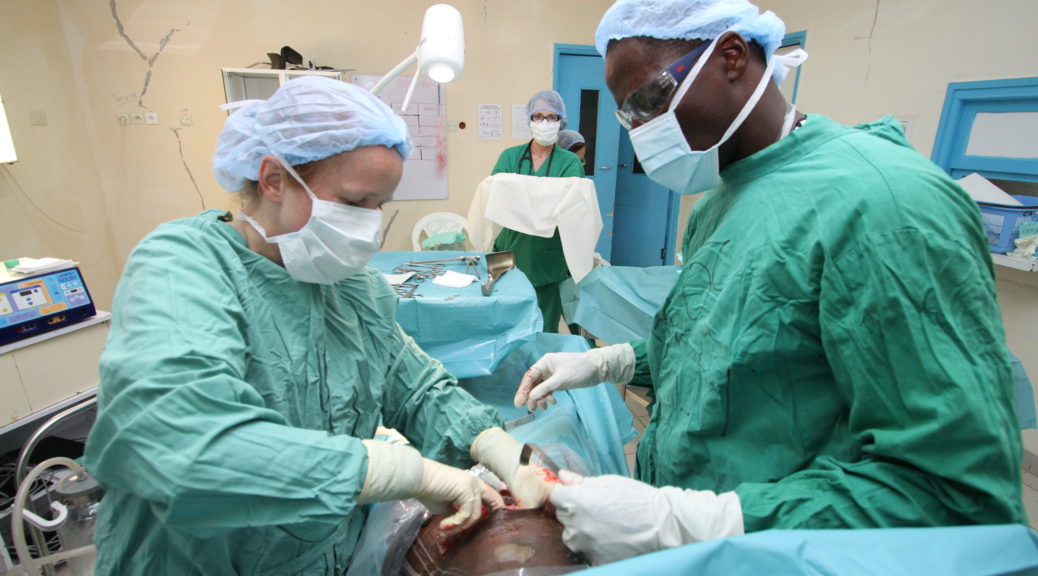 At around 10 am the midwife came to the Operating theatre where we had just started todays list after completing the morning patient rounds: Mostly minor cases, incision of abscesses, dressing changes. Now, a 19-year old pregnant woman had presented with continuous heavy vaginal bleeding. According to the midwife there was no fetal heart activity. According to the woman, she was in week 33. We did not have access to ultrasound. She needed a Cesarean section. With no obstetrician employed, this is the job of the surgeon.

10 minutes later the woman was in the operating theatre and we prepared for the Cesarean section. Probably a placenta previa I thought.  I opened the uterus and I still remember the subsequent moments of  confusion and disbelief when I removed handful after handful of what looked like small white eggs. There was no child inside. Instead this was a molar pregnancy, which the woman had carried undetected into the 33rd week  due to the lack of access to pre-natal counseling in the remote are where she lived. I removed the mola and closed the uterus. She was 19. She would be able to have more children.

However, the postoperative course was complicated, she kept bleeding. Was this perhaps an invasive mola?  We will never know exactly. I had to perform an emergency hysterectomy, but the vaginal bleeding persisted, however by now it was slowly diminishing. Was there perhaps also an element of coagulopathy? Possibly, but without adequate testing modalities, no way to know for certain and in any case no treatment would be available. After a few more days on the ward she was ready for discharge.

How does the future look, in this relatively remote part of the country, for a 19-year old woman, just married and  not able to have kids?

Not necessarily bad, I was told. In many such cases a childless couple would raise the children of other family members, such as her sister, as their own.

Obviously with access to appropriate prenatal care, the condition would have been detected far earlier and probably could have been treated.

The boy with the bladder stone

the girl who stumbled while playing outside