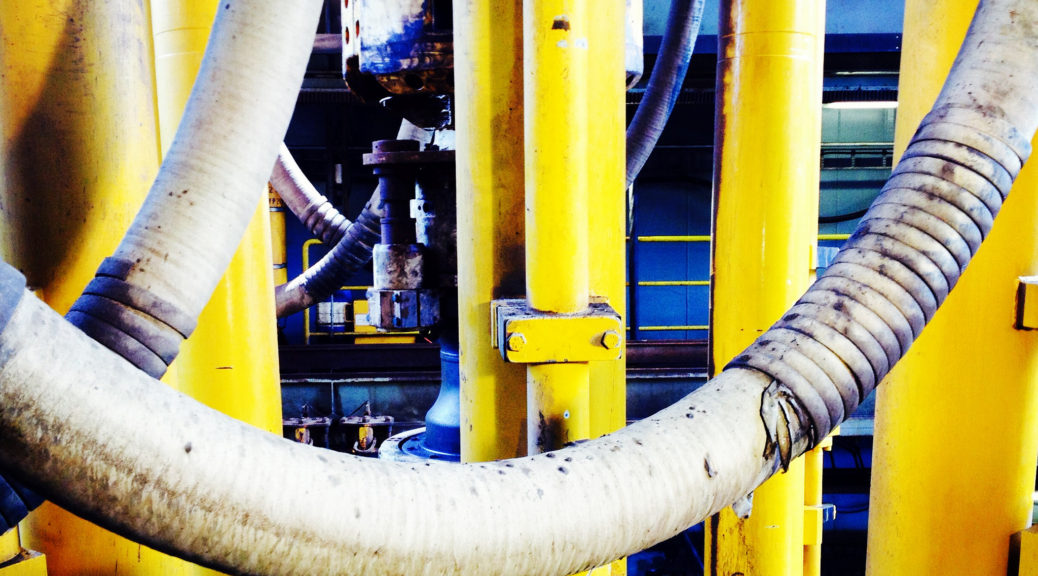 The questions I am most frequently asked regarding the almost two years I worked as an offshore rig medic  on the Maersk Deliverer outside Cabinda (Angola).

Q: How do you get to the rig?
A: Commercial plane overnight to Luanda (8h). Heli Malongo charterd plane Luanda-Cabinda (1h). Helicopter from either Cabinda or Malongo (1h drive north of Cabinda) and out to the rig (45 min).

Q: Does the rig stand on the seabed?
A: No. The Maersk Deliverer is a deepwater semi-submersible rig constructed to drill on water depths until 3000 meters (the world record is 3400 meters). Maersk Deliverer is in fact floating and an advanced electronic system (dynamic positioning) makes it possible to keep the rig still while the drilling is going on.

Q: Are there any women onboard?
A:  Yes, but very few, we´d be maximum 5 at any given time. Occasionally I would be the only female onboard. A couple workes as stewardesses. Additionally one DPO, and a couple of geologists and engineers (MWD) were employed.

Q: What nationalities work on the rig? Are the majority Danish?
A: No, I would say at any time no more than 10 Danes were onboard. Half of the crew were from Angola, Scotland, England, USA and Poland.

Q: What is the food like?
A: Meals are served four times/24h in the Galley. They galley is always open with snacks available all the time. The food would be a mix of various dishes, with vegetarian and healthier options as well as traditional deep-fried dishes. DIY hamburgers were served every Sunday, and lasagna would be served once a week as well.

Q: What are sleeping arrangements like?
A: Most share a cabin with a colleague working the opposite shift – ie. 6 am-6 pm would share with 6 pm-6 am. Initially, the doctor was assigned a two-bed cabin with generally no other occupant, which was later changed to a single cabin. All cabins had TV and wifi signal.

Q: Telephone and internet?
A: No mobile telephone reception. Wifi was available indoors with data limit to prevent movie download etc. Computer and telephone via satellite in the sick bay.

Q: What else is there to do in the spare time?
A: Hang out in the TV room. Exercise in the gym, which is well-equipped with treadmills, cycles, weights.

Q: Can you perform surgery on the rig?
A: Yes, in theory. The sick bay is well-equipped. However, unless a life-threatening emergency, evacuation onshore would be preferable.

Q: Did you experience any emergencies? Severe illnesses? People who died?
A: No. No. No.

a day in the life of an offshore medic